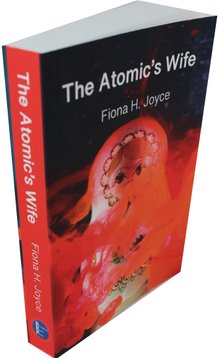 She knows what you want. But will she give you what you need?

Five strangers. Five secrets. And a harrowing lie that cannot remain buried for ever.

Lydia knows all about the importance of scientific discovery. But she also understands the danger of ignoring the power of nature. Particularly its scent, which is much more than just a smell.

She learnt all that, and a lot more, a long time ago.

So when five lives collide during a freak midsummer heatwave, the Atomic Wife knows just what they need to expose, and confront, the truth.

And the real truth is something that none of them expected to uncover.

White lead and crushed red rocks. But that was in 3,500 BC and she had been a Sumerian Queen. This is 2,000 odd AD and there aren’t so many queens now. Not in Lower Bridgedicker at any rate.

Nowadays it was more a dispersion of pigment in oil. But that didn’t mean the danger was entirely absent. Many crimes had been committed over an indiscretion with its use, or as the result of leaving its trace on a face or a garment. The lead might be gone now but the potency of the effects of its use were no less powerful.

For most people it was the colour. That was what drew them. The rods and cones of their retina receptors processed the light into nerve impulses which shot into the brain cortex through the optic nerve. And they saw pink, or orange, or purple, or coral or - Lydia shuddered at the thought - nude, the modern answer to not wanting to commit.

And red. Now that was a colour.

But it was the smell that really counted. That heady, soft but pungent, gentle but brutal, rose-scented-pear-drop-lavender-forget-me-not love-heart-violet-flavour-sherbet-childhood-memories- grandma’s-moth-ball-oak-wardrobe-fresh-mown dew-covered-early-morning-grass: savage but beautiful fragrance.

With a little bit of – something extra. Something special. Something that didn’t have a name or a description. Another ingredient. Something hidden.

Lydia’s earliest memory had been of her mother in the chemist’s shop. Buying glycerine and castor oil. And being shown a small box of the latest colours - just in from London, and invited to take a look. And her mother had silently taken one out of the box. Removed the lid. And gently - like a fine lady, applying smelling salts to the delicate air in front of her – she had moved it back and forth just under her small but perfectly formed nose, drawing in the current that the movement left in its wake. And her mother had quietly replaced the lid and shaken her head once.

‘No. It won’t work. It smells…’ her mother had said to the Chemist’s assistant who stood behind the waxed, brown wood counter, '…of nothing.’

And so Lydia had learnt, from that time, all those long years ago, that it was the smell that really mattered. Even though it only accounted for one per cernt of it. It was the smallest but most important element.

She looked out the window. The sun was bright, the ground dry.

Lydia took a cool bag out of the fridge and carefully put them all inside it.

You see, the melting point is usually between 55 to 75°C

And today it was hot.

Ask me (almost) anything...

The most important people in my life are the ones who are interested in my books and me.

So please – get in touch to tell me what you think about my books, to ask me a question, or just to say hi... 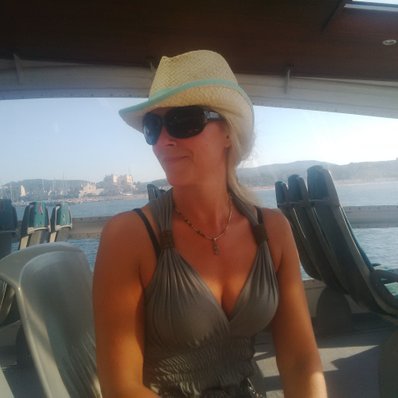